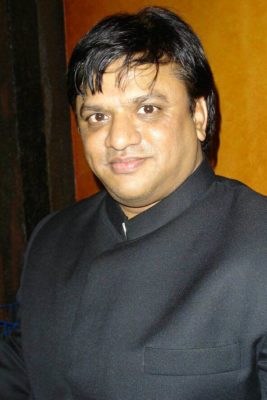 It was in the Spring of 2005 that an epiphany hit me. I was contemplating several book projects of different genres – from the humorous to the ribald – when the innocent concept of youths as adventurers struck me. I had chanced upon my creative motherlode. From then on, the AdvenChaar took off. The group’s name is a pun on the terms ‘Adventure’ and ‘Chaar’. The latter is the Hindi word for ‘four’. This will be a series of tales of four youngsters who get involved in various adventures.

The first book is AdvenChaar & The Treasure In the Tunnels or A4T4. It is in three parts and comprises about 320,000 words. It is based in India, Japan, France and Singapore and spans the period between the early 1800s and the present day. In it, the main characters seek an ancient treasure hidden inside tunnels. While uniting the descendant of a long-lost heir with this treasure, they solve clues in several languages; battle human and android villains; and guide us on the path of rightness – using humour, intelligence, logic and violence – lots of violence. Incidentally, there is a lot of humour as well.

The trilogy is written and ready except for some research work, illustrations, editing and copy-checking for Parts Two and Three.

Part One, named ‘ADVENCHAAR, ADVENTURE!’, is being launched as an e-book this month. Subsequently, I will commission and launch the print version. The e-book for Part Two will be out in the third quarter, while Part Three is scheduled for an e-book launch this winter.

It took me 10 years to plan out the entire series, which spans at least five different adventures.

The second adventure – AdvenChaar and The 16 Pure Annas (A4PA16) – is in the works with about 40,000 words already written. While largely based in India, the second adventure will also take the quartet to the Mediterranean, the Levant, North Africa, South-East Asia, and East Asia.

HIT VEDA HOLDINGS, my Singapore- and India-based company, will deal with publishing projects and inventions of various genres.